Today, we visited 7 plots sown last year to measure the germination and survival rate. Suspense! Will the seedlings survive the drought, herbivores, fire and competition from other species?

The observations are very interesting and motivating!

Firstly, at this time of year, the abundant vegetation makes it difficult to identify “our” shoots. So there is no need to use aerial images with our drone, it is green on green. On one of the plots of land, the shoots exceed human size: 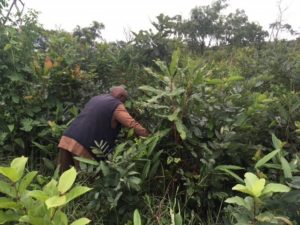 The second observation is that natural regeneration also takes care of our fields: many seeds present in the soil or brought by animals have also germinated and it takes the trained eye of our partner Guidre to count the “good” shoots. Fortunately having sown in line helps to spot our plants 🌱🪴

Thirdly there are huge differences between plots, caused mainly by fire and also the nature of the terrain. If the plot has been hit by a bushfire, the seedlings with too short roots die while the others sprout and can survive. This is why we started this year to make “poquets” (small holes in the soil) before placing the seed pellet, which favours the depth of the roots. Of the seven plots visited, two had a survival rate of practically zero, while the other five had a survival rate of between 60% and 80% (not counting natural regeneration!!!). 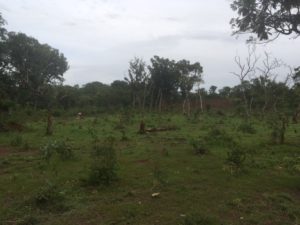 Fourth observation: it is mainly certain pioneer species that have germinated. The seeds of other species will wait for the right moment, sometimes for several years.

Fifthly: some owners have decided of their own free will to enrich the plantation with other species (alas, often with cashew).

If we count the number of stems from all origins (arboRise direct seeding and natural regeneration), we get roughly 10,000 stems per hectare, or 1 plant per square metre (which is much higher than the 5,000 seed pellets we sow on each hectare). This density will decrease over the next few years, due to natural competition between the trees, until it reaches about 1000 trees per hectare in twenty years.

Beyond the germination rate, it is also the biodiversity to which arboRise contributes, since we facilitate the dispersion of our mix of 40 species on the land we sow. 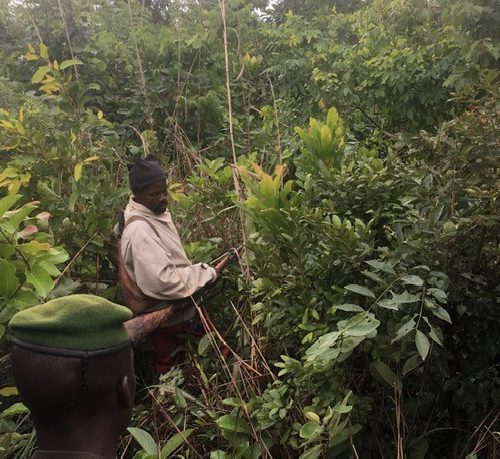